In light of the Norwegian health authorities’ support of the controversial study in which 120 ME patients were to be treated with the pseudo-scientific method Lightning Process, it is time to ask: Is placebo research boosting pseudoscience?

Positive expectation is the hope or belief that one will be helped by a treatment.

“A placebo can be defined as the administration of an inert treatment along with a positive psychosocial context inducing positive expectations of clinical improvement. Thus, the crucial element of a placebo is the psychosocial context around the patient and the therapy”,  Benedetti et al. (2016), Teaching neurons to respond to placebos. J Physiol, 594: 5647-5660. https://doi.org/10.1113/JP271322.

«In order to understand how the mind and body are deeply linked we can consider the much researched Placebo Effect. The Placebo Effect is a remarkable phenomenon in which people who are being given ‘fake’, or ‘placebo’, drugs or treatments experience improvements in their physiology as a result of their expectation of positive change. This demonstrates our extraordinary ability to trigger the healing systems we all have within us and the Lightning Process uses this powerful mind-body connection as one of the components to create positive change.»

The Norwegian Directorate of Health, the Norwegian Consumer Authority and Norway’s National Research Center in traditional and complementary medicine (Nafkam) have concluded that Lightning Process-instructors are considered as alternative therapists.

Many proponents of alternative medicine claim that even if the treatment were just a placebo, it’s still useful because placebo effects are real and increasingly backed by sound science. This argument is deeply flawed, yet it convinces many people. An article by prof. Fabrizio Benedetti, a leading researcher in the area of placebo, is addressing exactly this issue:

Prof. Benedetti has allowed me to publish the following text from the article:

«Over the past few years, placebo research has used hard science to understand both brain mechanisms and several body functions, so that the placebo effect surged to a credible and reliable scientific phenomenon. For example, a number of biochemical pathways, such as endogenous opioids and cannabinoids, and brain regions, like the prefrontal cortex, have been found to be involved in placebo analgesia. Likewise, dopamine and the basal ganglia circuitry have been found to mediate placebo responses in Parkinson’s disease. Although this is wonderful news for science, this may not be the case for society. The number of nonmedical organizations and healers that rely on this hard science, and actually justify their odd and bizarre procedures, has increased over the past few years. The main claim is that any procedure boosting patients’ expectations, which represent the main mediator of placebo effects, is acceptable because it can activate the same biochemical pathways and neural networks that have been made credible by hard science…

… A first point that should be emphasized is that placebos do not cure, but rather, they may sometimes improve quality of life. There is plenty of confusion on this point, and unfortunately, many claim that they can cure virtually all illnesses with placebos. Hard science tells us that placebos can reduce symptoms such as pain and muscle rigidity in Parkinson’s disease, yet the progression of the disease is not affected; for example, in Parkinson’s disease, neurons keep degenerating even though some symptoms can be reduced for a short time. The second point is related to the first. The type of disease is crucial, and we need to make people understand that pain is different from cancer and that anxiety differs from infectious diseases. The psychological component of some illnesses can indeed be modulated by placebos, but placebos cannot stop cancer growth, nor can they kill the bacteria of pneumonia. The third point is related to the difference between real placebo effects and spontaneous remissions. So far, hard science has studied the placebo effect within a time span of hours/days, thereby limiting our knowledge to short-lasting effects. Consequently, long-lasting effects can be often attributed to spontaneous remissions.

In addition to these three important points, we should also make patients understand that a diagnosis is required before any sort of therapy. An apparently trivial pain may conceal a danger; thus, it must never be treated unless a diagnosis has been made before, and this can be made only by physicians.

Moreover, not only should we discuss and consider the positive effects of placebos and the impact they may have in clinical trials and medical practice, but we should also pay much of our attention to the negative counterpart, that is, the misuse and abuse by quacks, charlatans, shamans, and nonmedical organizations. Thus, we need to inform the whole society that the benefits following a nonconventional healing procedure are attributable to a placebo effect in most of the cases. Last but not least, we need to be more honest on the real efficacy of many pharmacological and nonpharmacological treatments, acknowledging that some of them are useful whereas some others are not: This will boost patients’ trust and confidence in medicine further, which I believe are the best foes of quackery…

…Unfortunately, quackery has today one more weapon on its side, which is paradoxically represented by the hard science–supported placebo mechanisms. This new “scientific quackery” can do a lot of damage; thus, we must be very cautious and vigilant as to how the findings of hard science are exploited. The study of the biology of these vulnerable aspects of mankind may unravel new mechanisms of how our brain works, but it may have a profound negative impact on our society as well. We cannot accept a world where expectations can be enhanced with any means and by anybody. This is a perspective that would surely be worrisome and dangerous. I believe that some reflections are necessary in order to avoid a regression of medicine to past times, in which quackery and shamanism were dominant. Unfortunately, the new knowledge about placebos by hard science is now backfiring on it. What we need to do is to stop for a while and reflect on what we are doing and how we want to move forward. A crucial question to answer is, Does placebo research boost pseudoscience?»

Prof. Benedetti’s statements are useful in dispelling myths that homeopathy, paranormal healing, reflexology, acupuncture, chiropractic, neurolinguistic programming etc. are legitimate and useful treatment methods, even if they are nothing more than placebo. Using placebo therapies in treatment is not in the patient’s best interests and our health authorities should be aware of this.

The Norwegian Lightning Process study’s hypothesis was that one could recover from ME by changing the state of mind. In the application for ethical approval, the method is described as follows:

«The concept of «believing» something or what is called beliefs and personal truths is explained, along with the meaning of expectations. Participants should gain an increased awareness between what they believe is true based on experiences or similar sources and what is measurable and documented.

The phenomena of placebo and nocebo are taught to demonstrate possible consequences of the participants’ «beliefs» and the consequences of this in relation to thoughts, feelings and physical stress activation with subsequent physiological change, as well as behavior. An introduction is given to how experiences unconsciously and automatically affect expectations, which can give both negative thoughts, feelings, bodily responses and physiological changes.

Participants are trained in a method of emotion regulation where they learn to change the state of mind, which in turn changes the physiology. The method consists of stopping when they discover negative thoughts, feelings or stress activation and then choosing which thoughts and feelings they themselves want to experience. This is done through bodily movements, controlled inner dialogue and visualization.»

The LP-organization Recovery Norway was going to contribute to the project with «user participation» and was, according to the application for ethical approval «to consult on procedures in the conduct of the study». It is unclear how RN planned to ensure that the LP- study was placebo-controlled. 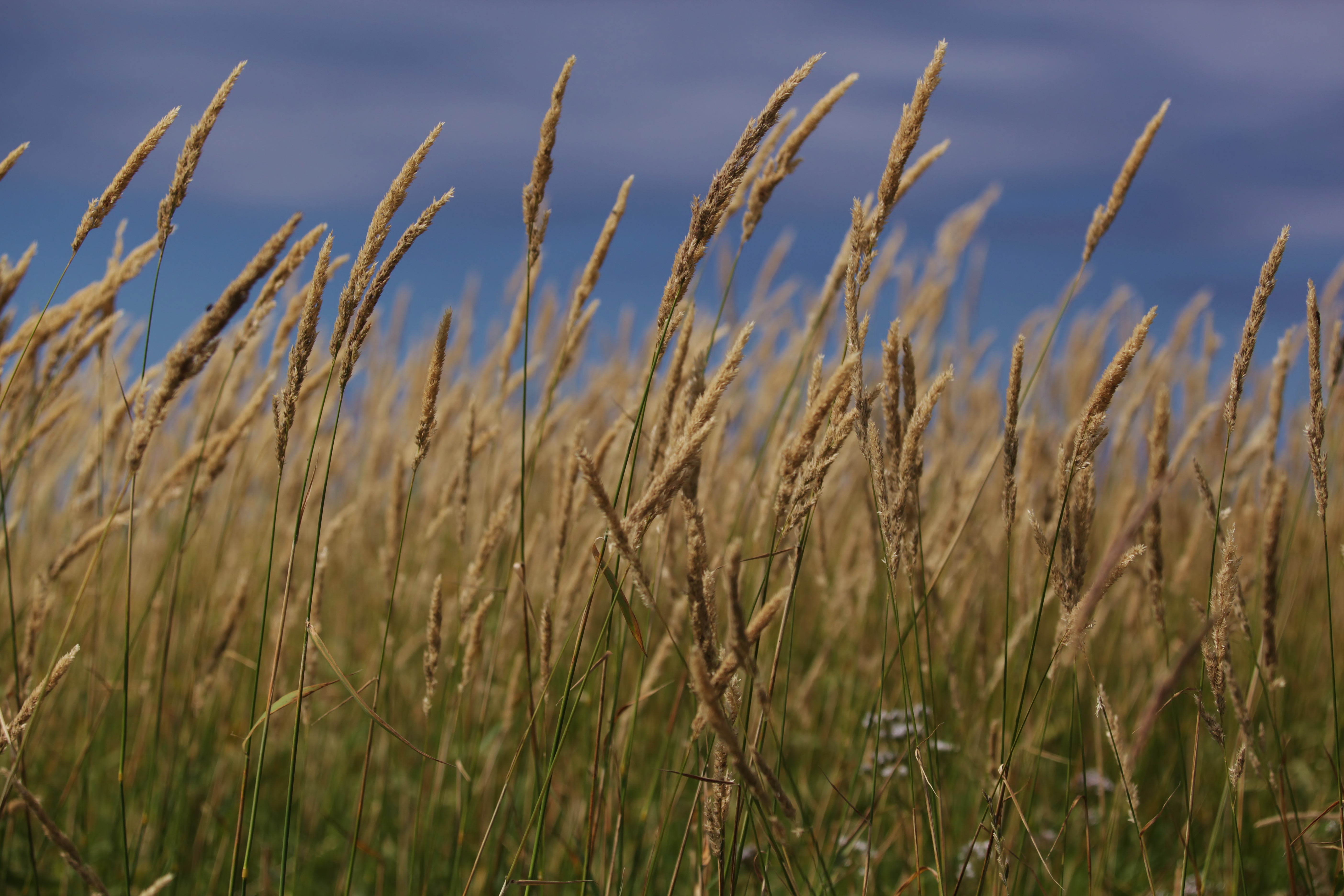